On behalf of Fr. Bob, clergy and the staff at St. John XXIII, we are deeply saddened by the loss of Deacon Francis Head. He was a dedicated son of God and served our parish community in the following areas:

We will come together to celebrate the life of Deacon Francis on Saturday, October 31st at 1:30pm with a funeral Mass in his honor. Visitation will be in the Narthex at 1:00pm with the funeral Mass to follow in the church at 1:30pm. Deacon Francis will be buried in our Memorial Garden.

Deacon Francis deSales Head, Jr. was born in Griffin, Georgia on February 12, 1970. He enlisted and was preparing for a career in the military when he was involved in a motorcycle accident in 1990. During his rehabilitation, he attended college where he met his wife, Stacey. They were married in 1992 and lived near their hometown. In 2004, Francis and Stacey adopted their son, Will, through Catholic Charities in Atlanta.

Deacon Francis earned a bachelor’s degree from Clayton State University in Information Technology. He enjoyed a career that included working for the Atlanta Committee for the Olympic Games and the Georgia-Pacific Corporation. His most recent position was as a teacher and technology coordinator at St. John the Evangelist Catholic School in Georgia.

The Head family was heavily involved in several ministries in their church when Francis was called to the permanent diaconate. He attended the Diaconate formation program in the Archdiocese of Atlanta for five years and on February 2, 2013 was ordained by Archbishop Wilton D. Gregory. He served as a deacon for five years, assigned to St. Gabriel Catholic Church in Fayetteville, Georgia. In addition to parish ministry presiding at baptisms and weddings, he served as a member of the Archbishop’s Advisory Committee on Disabilities Ministry. He was also a member of the core team for Toni’s Camp, a respite camp for people with developmental disabilities.

When his wife Stacey and son, Will moved to Florida from Atlanta 3-4 years ago, they felt so welcomed to our parish. Stacey is currently a special education teacher at Heights Elementary School. 16 year old Will, who was just confirmed in March at St. John XXII, is a junior at Cypress Lake High school and he participates in ROTC, cross country and soccer. Let us hold them both in our prayers that they continue to flourish under the watchful loving eyes of God and Deacon Francis, a devoted husband and father. 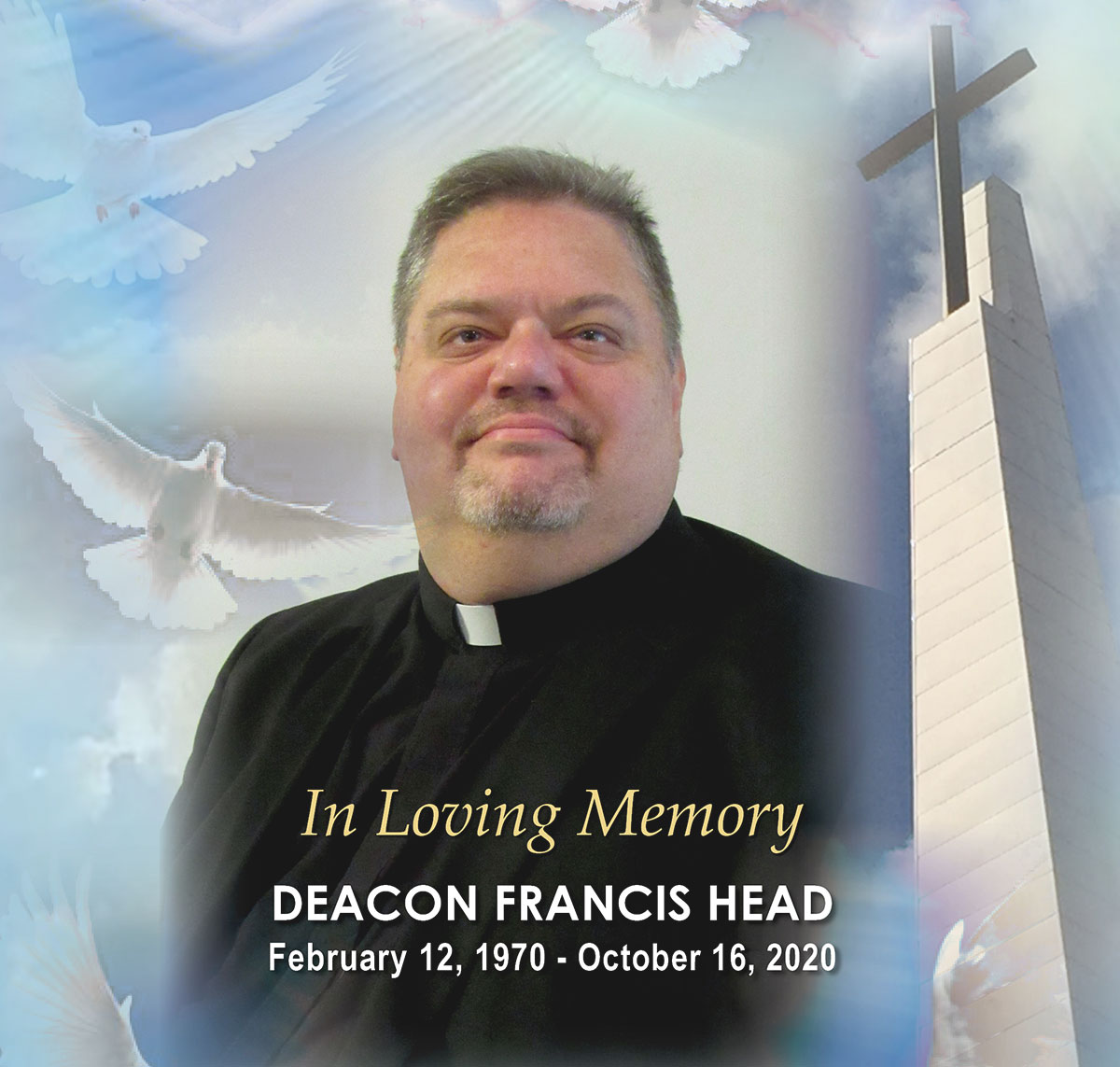 Find Us on Google Maps

From Our News Feed